The Harvard Online Discovery Series kicks off 2021 with a special tribute in honor of Dr. Martin Luther King featuring VR filmmakers Alton Glass and Paris McCoy from GRX Immersive Labs. In the Storytelling in Action: The GRX Immersive Labs Way session, participants will have the opportunity to explore how GRX Immersive Labs are combining the worlds of storytelling and technology with the goal of using virtual reality to empower the next generation of creators and educators. The presenters will share the process behind some of their recent VR projects like TIME's "THE MARCH", the OCULUS VR series IN PROTEST and the upcoming sci-fi virtual reality series, POV: POINTS OF VIEW that explores the potential threats of A.I. bias in law enforcement technologies.

GRX is blazing a trail to ensure that the media makers of the future are diverse and maximize their potential as leaders, creators and innovators in virtual reality and emerging technology platforms in a way that models sustainability, and amplifies system and narrative change. Glass is the Co-Creator of TIME's "The March" executive produced by Viola Davis. The March is an immersive installation on 1963 March on Washington featuring Martin Luther King Jr's iconic "I Have a Dream" speech. Their latest project POV: Points of View is a sci-fi VR series that explores the potential threats of A.I. bias in law enforcement technologies. 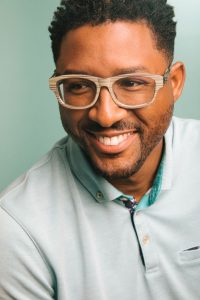 Alton Glass is a visionary entrepreneur who leads a team of new media gurus who are – tackling contemporary issues through immersive storytelling – creating enterprises based on AR, VR, and formats yet envisioned – and prioritizing community capacity building so that under-utilized talent and communities have access to new technology tools and training. After producing and directing feature films and television for over 15 years, Glass founded GRX Immersive Labs, utilizing emerging media technologies to enhance the consumer experience. In 2018, transformed GRX into an XR content studio and R&D lab space with a dedicated focus on immersive storytelling and creative entrepreneurship 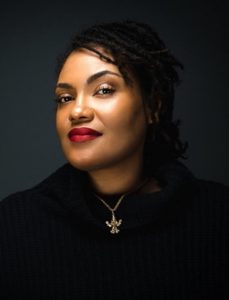 As a Cinematographer, Creative Producer, and Business Strategist, Paris McCoy tells stories that divulge the human condition in new and exciting ways. Paris’s passion for documentary film and television has led to a robust career working with National Geographic, Discovery Communications, Apple, Canon, YouTube, Los Angeles Metro, and Toyota. A cross-industry player, Paris has filmed and produced 360°/180° and VR/AR projects that explore different ways to bring innovative content to the immersive media space through strong storytelling and camera technology.

About the Harvard Discovery Series

Formerly known as The Digital Futures Discovery Series, the Harvard Discovery Series is a collaboration between Cabot Science Library and the Harvard University Digital Scholarship Group (DSSG). This event series brings scholars on the frontiers of digital knowledge-making to a Harvard audience in an intimate and interactive setting. All presentations will be virtual during the 2020-2021 academic year.