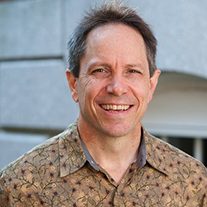 Frank B. Baird, Jr. Professor of History
Department of History

Daniel Lord Smail is Frank B. Baird, Jr. Professor of History at Harvard University, where he works on the history and anthropology of Mediterranean societies between 1100 and 1600 and on deep human history. In medieval European history, his work has explored the social and cultural history of the cities of Mediterranean Europe, with a focus on Marseille in the later Middle Ages. He has covered subjects ranging from women and Jews to legal history and spatial imagination, which was the subject of his first book, Imaginary Cartographies: Possession and Identity in Late Medieval Marseille (1999). His recently published book, Legal Plunder: Households and Debt Collection in Late Medieval Europe (Harvard University Press, 2016), approaches transformations in the material culture of the later Middle Ages using household inventories and inventories of debt recovery from Lucca and Marseille. Smail’s work in deep history and neurohistory has addressed some of the methodological and theoretical underpinnings of these approaches to the human past. His most recent article in this vein asks whether there is a history of the practice of compulsive hoarding. His books include The Consumption of Justice: Emotions, Publicity, and Legal Culture in Marseille, 1264-1423 (2003); On Deep History and the Brain (2008), and, with Andrew Shryock and others, Deep History: The Architecture of Past and Present (2011).

Smail has received awards and fellowships from the National Endowment for the Humanities, the American Council of Learned Societies, the Guggenheim Foundation, the Radcliffe Institute for Advanced Study, and the Institute for Advanced Studies in Princeton, and his publications have received several prizes. In 2007, he received the Joseph R. Levenson Memorial Teaching Prize from the undergraduates of Harvard University, and, in 2014, the Everett Mendelsohn Excellence in Mentoring Award from the Graduate School of Arts and Sciences.